A Seed Had Been Planted 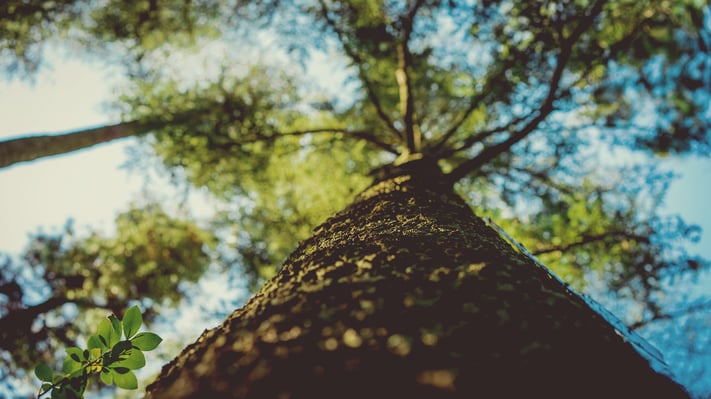 As a young child, my father was in the depths of his alcoholism.  I remember feeling frightened, confused and uncertain on some days, then happy,  joyous, and carefree on others.  I didn’t realize that my father’s drinking often determined which feelings would be present in me and my family. I did know that I was never going to be like my father!

One night, two men visited our house. Afterward, my dad called us into his room. With his head was hung low, he told us that he had been sick and that he was going to a hospital to get well. I didn’t understand what kind of “sickness” my dad had, and I had already learned not to ask questions. We visited my dad often while he was in the hospital where we would play games. Sometimes he would show us the crafts he made. I still didn’t understand my dad’s illness, but if making leather goods and playing was part of the cure, I was on board with that!

After my father’s return, my parents started attending meetings. Occasionally, my brother and I would go with them. We met new friends and visited their houses regularly. What I remember most about these families was their laughter! I also remember the hugs we received when we arrived and how welcomed we felt. With all of this new activity, my family changed!

Over time I started to gain an understanding of my father’s disease. They called it alcoholism. I learned that the best way for my dad to get better was to continue to go to these meetings and to help others.  And he did just that! My family benefitted from his action.

I was starting to get settled into this new life when my father died of a heart attack. I remember my mother’s sponsor arriving immediately. Soon others came and we shed tears, hugged, and exchanged stories. During the process of dealing with my father’s death I felt surrounded by the love and warmth of the fellowship.

I didn’t know that a seed had been planted.

Several years later I discovered that I had developed the same illness my father had.  I found myself in need of help. I found that unconditional love and support was waiting for me in the rooms of Alcoholics Anonymous.  Today I am grateful for those who saved a seat for me until I was ready to come home. It’s where I go to get the sunlight of the Spirit I need to grow.

Once I got married and started a family of my own, I thought that if I navigated my children’s lives so that they went to the “right” school, were busy in activities and were exposed to the “right” organizations, I would somehow be able to protect my children from this disease. That way of thinking lead me to Al-Anon.

It is in this program where I discovered another layer of my powerlessness. Although I have no control over the journey their Higher Power has for my children, I know that by focusing on my own recovery that they too are being exposed to the same solution my parents gave to me.  It’s my turn to sow the seeds.