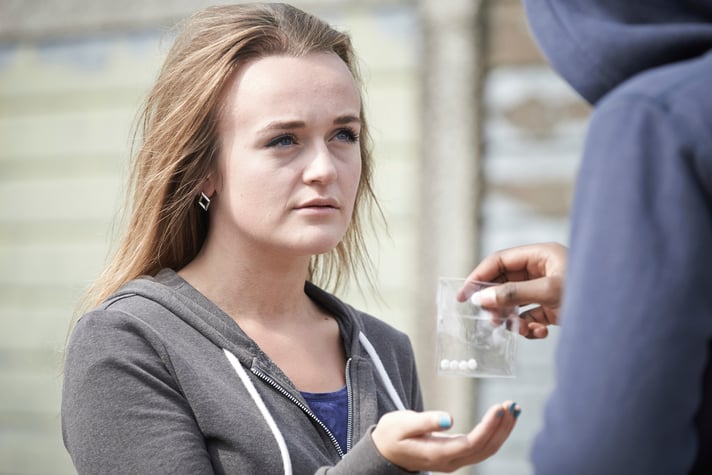 I have supported the equality of all people over the years, but women are now dying of alcoholism at a rate that is equal to men. This isn’t progress.

The soaring death rate from alcohol is the greatest in well-educated, affluent white women.  The Washington Post, on December 23rd, printed a well-documented study of how heavy drinking has been normalized for women, and how the greatest increases in the death rate have happened in well educated white women. In the sixteen years from 1999 to 2015, the alcohol related death rate for white women went up 130%. For Hispanic women it went up 27%. For black women it actually declined 12%.

The Post article speculates that the main reason is that there are a lot of promotional materials in films, television, and social media portraying middle to upper class white women binge drinking.  The article portrayed three brands of wine: Mad Housewife, Mommy’s Little Helper, and Mommy’s Time Out and some of their ads.

The article commented on lifestyle catalogs such as Urban Outfitters at Etsy that sell wine glasses that are large enough to hold a whole bottle of wine, with captions such as “She will be telling the truth when she says ‘I only had 1 glass’” or “Drink until your dreams come true”.

Getting drunk is not a sign of equality. It is a sign of exploitation. So, what can I do? I can write this newsletter and include these facts. I can encourage the expansion of recovery services for women, here at The Retreat and throughout the field of recovery. I can welcome women at my A.A. home group. I can challenge the idea that intoxicated laughter represents real fun. If you know a woman who is headed for trouble with her drinking, you can invite her to an open A.A. meeting with you, and you can share your experience, strength, and hope with her. If you want to read the article in the Washington Post, click here:  Facts are good things to have. Pass them on to those who need them the most. Happy New Year!

Download our Brochure for More Information on our Women's Program!