ACEs Up the Sleeve 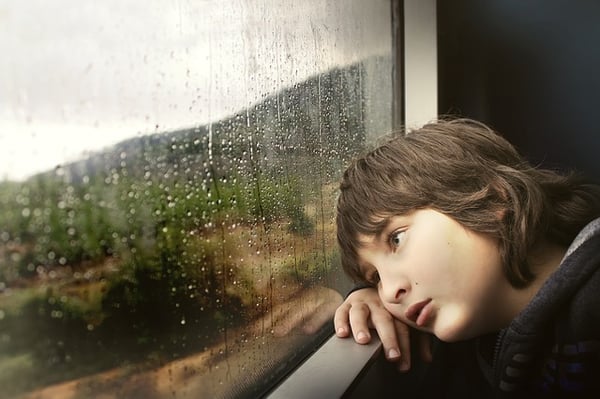 Most people when asked that question will quickly conjure up an image of a deck of cards.They might think of a winning hand in Texas Hold’em, or a winning combination in Black Jack.But ask someone in the mental health field this question and they’ll respond with, “ACEs are - Adverse Childhood Experiences”.

A definition for an Adverse Childhood Experience (ACE) is a traumatic event that happens to an individual before the age of 19.These events can include, but aren’t limited to:substance abuse, loss of a loved one, neglect, or physical, sexual and or emotional abuse.

These experiences tend to have lasting effects upon the individual, sometimes well into adulthood.The effects can range from an inability to maintain healthy relationships, to antisocial behavior. Many times, the young person who experienced the traumatic event will display the same behavior in his/her adult life.This perpetuates the ACEs phenomenon as the trauma-filled adult is now exposing a new generation of young people to the dysfunctional behavior he or she experienced while growing up.We have all heard statements like the following, “I promised myself that my kids would never experience what I went through when I was growing up, but here I am an alcoholic just like my…”.

I grew up in an alcoholic home.Not only was their alcoholism present, but my siblings and I endured physical and emotional abuse.I hated my father, I felt abandoned by my mother and I blamed both of them for my pain and misery.I used alcohol and drugs to relieve the pain, but eventually the pain reducer became a pain increaser.It was then that I took Step One.I admitted I was powerless over drugs and alcohol and that my life had become unmanageable.I started to work a program of recovery.

During the course of my early recovery my sponsor had me focus on the solution and my character defects.I wanted to complain about others and he would remind me that I could only clean up my side of the street.I wanted to live in the past and he would have me focus on the present.He helped me to understand that although my ACEs described me – they didn’t define me.

You might say I had ACEs up my sleeve, perhaps enough ACEs for both sleeves.But the A.A. program taught me to put my cards on the table and to focus on that which was in front of me.The 12 Steps showed me I didn’t have to stumble on something that was behind me.

Eventually, through the process of taking a personal inventory and making amends, I made peace with my parents and came to cherish my relationship with them.I came to understand that they were doing the best they could and because of their own alcoholism and co-dependency, their parenting skills were diminished.They were, in fact, human.

Furthermore, through the process of the 12 Steps, I have maintained continuous sobriety since my youth.To this day, neither my wife, children or grandchildren have ever seen me drunk.This isn’t to say I have been a saint every day, but it is to say that because of the program of A.A., our family has interrupted the chain of ACEs that goes back for generations in my family.

The great Irish poet and playwright, Oscar Wilde, once said, “Children begin by loving their parents; after a time, they judge them; rarely, if ever, do they forgive them.” I’m honored to report that because of Alcoholics Anonymous, my relationship with my parents ended as it began.