For the American public, addiction is a taboo but extremely common topic. Children take drug education classes beginning in middle school, learning that drugs will 'fry their brain' and cause them to become a ‘burnout’ or a failure. People frequently joke that something is ‘like crack’ or that they are ‘shopaholics.’ Some of the most heated political debates center on issues like drug testing for welfare recipients or the legalization of marijuana. 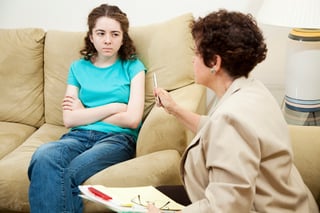 Even though over 23 million Americans are in recovery from addiction to alcohol and other drugs, it seems that many who aren’t still do not know how to address addiction when they encounter it in their everyday lives.

University studies have shown that people still have generally negative attitudes toward those struggling with addiction. According to a report published by Johns Hopkins University last year, Americans consistently view drug addiction more negatively than mental illness despite both being treatable. “While drug addiction and mental illness are both chronic, treatable health conditions, the American public is more likely to think of addiction as a moral failing than a medical condition,” points out Colleen L. Barry, an associate professor who worked on the study.

Their research found that this disposition extended into just about every aspect of life. Respondents were more opposed to public policies that could help drug addicts in recovery, to working with or employing someone with a drug addiction, and even to providing addicts with health insurance. Roughly thirty percent of those surveyed believed that recovery from mental illnesses and drug addiction was altogether impossible. There is a serious knowledge deficit when it comes to the truth about the causes of addiction.

Over the last several decades, clinicians, advocates, and policymakers have overcome a great deal of the stigma that has traditionally been associated with mental illnesses by reframing them (more accurately) as medical diseases. So why haven’t we seen the same effects in attitudes toward drug addiction? Drug addicts who relapse are still seen as having character faults rather than dealing with a pervasive and chronic health condition.

"The more shame associated with drug addiction, the less likely we as a community will be in a position to change attitudes and get people the help they need," says another study author, Beth McGinty. "If you can educate the public that these are treatable conditions, we will see higher levels of support for policy changes that benefit people with mental illness and drug addiction."

Addiction affects people of all ages, races,  and other socioeconomic groups. One of the first steps to breaking down the rampant stigmas surrounding addiction to alcohol and other drugs should be re-educating the public about the true nature of addiction.

Learn More About the Services We Provide At The Retreat By Downloading Our Free Brochure!

Staff Posts are a collection of articles written by our dedicated and experienced staff.