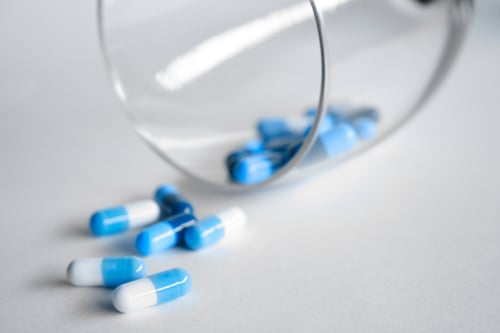 At The Retreat, I am talking with a lot of alcoholics who also are addicted to Adderall. They have had the impression that Adderall is either not addictive, or harmless, and are surprised to be having problems with it. Adderall is a mixture of two types of amphetamine and two types of dextroamphetamine, and so it is basically an amphetamine. It is an addictive drug. It is classified as a controlled dangerous substance on schedule II.

The purpose of Adderall is as an extended release form of a medication to treat attention deficit disorder, or attention deficit hyperactivity disorder, mostly in children. There is substantial disagreement among clinicians as to whether adult onset ADHD even exists at all among adults.

Adderall, like many drugs, has a direct effect, and a paradoxical effect, or opposite effect. What is unusual about Adderall is that it is usually, and most helpfully, prescribed for its paradoxical effect in children.

With hyperactive children, who cannot be effective in school because they cannot sit still and cannot focus, Adderall sometimes has a paradoxical, or “opposite” effect. Instead of speeding them up, it actually calms them down, and allows them to focus successfully on their school work. These children do not experience the amphetamines in Adderall as a stimulant. They are calmer and more focused, and become more successful at school because they are more calm and focused. The direct effect of Adderall makes people more “wired” or stimulated, but the paradoxical effect makes the person calmer.

People who are taking Adderall for the direct, stimulant effect also become more focused, but they are reacting to the direct effect. Because they get more focused for a while, they perceive Adderall as “working”, because they, too, can achieve academic success, or can complete other life tasks quickly and effectively.

Dependency can and does result, especially for adults who are chemically dependent to other drugs, like alcoholics. Alcoholics are especially fond of Adderall, because the stimulant properties of Adderall allow the alcoholic to drink a lot more and not pass out. But just like every other form of “speed”, when one stops taking Adderall, the withdrawal is a “crash” with depression, lethargy, and difficulty functioning in ordinary life tasks.

At The Retreat we recommend that recovering alcoholics not take any controlled dangerous substances, except for a short period for a specific medical condition, such as post-surgery. This would be after a discussion with their physician about the patient’s addiction and the choices of available drugs. We do not permit the use of Adderall while guests are here, simply because it is an addictive drug.

My own rule of thumb is, if Adderall makes you calmer, it might be all right. If it gives you more energy, then it is acting like speed, because it is speed.

To understand what it is like to be on Adderall, you can put “Generation Adderall” into Google and link to an article from the New York Times magazine. Because I am writing about a medical condition, let me close with this legal disclaimer:

The author, John MacDougall, is the Spiritual Care Coordinator at The Retreat. This article is not intended to diagnose or treat any medical condition. The author is not a doctor. He is a recovering drug addict.