Be Careful What You Pray For… 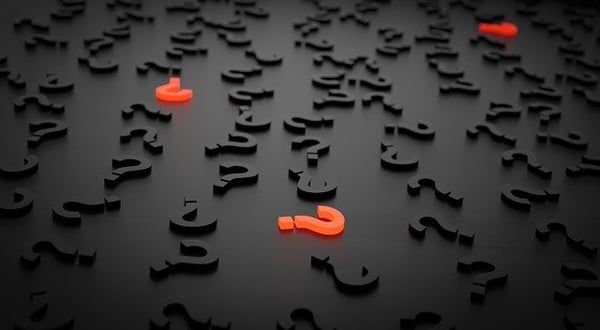 The application process was a bit long and tedious. Moreover, in those days everything was done via snail mail and sometimes it would take weeks, even months to get a reply. I talked to a person who had been accepted into the program and he told me the application process was arduous and grueling. He explained that very few of the applicants would be granted a face to face interview. Additionally, of those who were asked to interview, many would be uninvited during the course of the interview process. He added, if you did manage to get asked and you made it through the day-long interview process, then you had about a 50/50 chance of being asked to enroll in the program. Undaunted and determined to fulfill my life’s destiny, I submitted my application in the fall of 1980. While everyone around me was applying to college, I was submitting an application to a Counselor Training Program. However, just to hedge my bets, I decided I should apply to college too.

In the spring of 1981, I received my acceptance letter to college, but I wasn’t thrilled. College was Plan B. The Counselor Training Program was Plan A. My hope started to fade. I started to think that I had messed up my application. I thought maybe my recommendation letters weren’t strong enough. Perhaps, I didn’t have enough sobriety. Maybe, I hadn’t worked hard enough on my program, or my GPA wasn’t high enough. My head and heart filled with anxiety.

Finally, in the late spring of 1981 a letter from the Counselor Training Program arrived in the mailbox. I slowly opened it with fear and dread - Congratulations, it started, you have been selected for an interview at the Counselor Training Program. My heart leapt into my mouth. I couldn’t believe my good-luck and fortune. I was sure I was a lock for the program. It was going to be Plan A after all.

In the summer of 1981, I made the long-drive from my hometown to the Counselor Training Program. It really isn’t that far as the crow flies, but as the car drives it seemed an eternity. I was nervous about getting lost, or being late, but I allowed plenty of time for both of those occurrences should they come to pass. I arrived an hour early. Pulling up to Counselor Training Program I thought, “This is how Dorothy must have felt when she arrived at the Emerald City.” The grounds emanated and radiated serenity. Every blade of grass seemed to have been meticulously manicured as if the facility had hired the grounds crew from Augusta National to tend the lawn. I felt like I had come home.

When the time for the interview approached, I was terrified. What if I don’t answer correctly? What if I stumble, fumble or fail? I repeated the Serenity Prayer over and over again.

Finally, I heard my name called. I stood and walked into the interview room. The panel of interviewers introduced themselves and said they would be asking me a series of questions to help determine the quality of my candidacy for the program. I nodded, barely able to speak. They asked me to talk about myself which relaxed me because it’s my favorite subject. I talked about my addiction and subsequent recovery and how I wanted more than anything in the world to be a counselor. They asked what I would do if I didn’t get into the program, and I told them my Plan B was to attend college. I was asked to recite the 12 Steps by memory – nailed it. I was asked to recite the 12 Traditions – failed it. I was asked all sorts of questions all of which have faded from memory.

After the morning interview, I was given a tour of the facility. I was in awe. Everything was so serene and beautiful. When the tour finished, I was invited to lunch. Famished and with my spirts lifted from the morning’s events I eagerly accepted. When lunch was over, I braced myself for the second set of interviews.

When I walked into the interview room there was a decidedly different vibe to the atmosphere. The interviewers didn’t look so stern or intense. I was beginning to think that my morning answers had impressed them so much that they were going to accept me on the spot. Then one of the interviewers said, “We’re going to do something that we’ve never done before in the history of the program… (A smile spread over my face. I knew they were going to accept me). We’re going to reject you right now so you can enroll in college for the fall semester.”

Tears started to well-up in my eyes. My Plan A had just been shattered. I was crestfallen. “Why?”, I managed to blurt out without having a complete breakdown.

They explained that as a young person in recovery I could be so much more useful on a college campus where hundreds of young people are suffering from alcoholism and addiction. My three years of recovery could be a beacon of hope to others who were searching for a way out of the nightmare known as alcoholism.

One of my first extracurricular activities at college that fall was to start the very first recovery meeting on campus. Some recovery friends and I formed a student group called Students Enjoying Sobriety. We had weekly meetings that were attended by students, non-students, and faculty. It was a high-point in my week. Four years later, I graduated.
It is often said in recovery circles, “Be careful what you pray for, you just might get it”. The great Irish Poet and Playwright Oscar Wilde put it this way, “When the gods want to punish us, they answer our prayers”.

Had I been accepted into the Counselor Training Program in the year of 1981, my life would have taken a very different trajectory. I would not have joined and completed a successful 27 career in the military. I would not have been able to live in Europe for a decade during the end of the Cold War and the fall of the Berlin Wall. I would not have met and married my beautiful and blushing bride of nearly 20 years.

Life in a recovery program doesn’t mean it will be an existence void of heartache and disappointment. However, life in recovery does give me the tools, means and methods with which to deal with life on life’s terms. Life in recovery has given me access to and knowledge of my true purpose in life.

Our real purpose is to fit ourselves to be of maximum service to God and the people about us. (pg. 77, Alcoholics Anonymous).