Building the Ship While We Sailed It 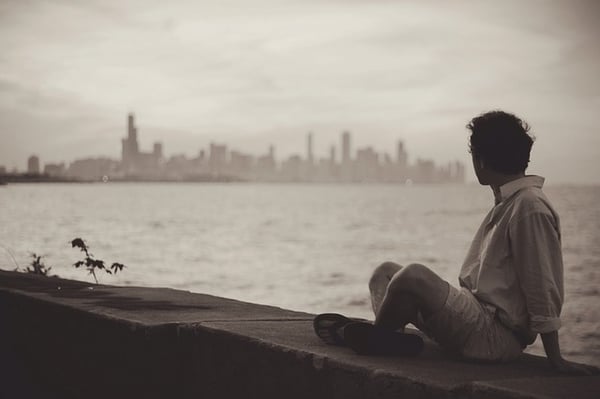 Hi, my name is JD and I’m an alcoholic. I came into the rooms of A.A. when I was fifteen. That was forty years ago and I have maintained continuous sobriety ever since.

It wasn’t easy attending meetings at 15. Some of the older members seemed to resent the presence of a growing number of young people in our local meetings. I remember distinctly a friend of mine telling me how an older member had questioned him if he was a real alcoholic. The older member said, “I’ve lost my wife, my license, and my job because of my drinking. What have you lost?”

My friend looked him in the eye and simply responded, “I lost my mind”.

That seemed to satisfy the members of the group. My friend was allowed to stay.

Being physically young in sobriety was a challenge. I needed the wiser guidance of those who had been sober a while in the program, but few of the old timers wanted to do the things that a fifteen-year-old wants to do. Thus, I ended up having a social group that stretched from 15 to 50.

We had to get creative in sobriety in order to have fun. There just weren’t a lot of options for sober young people. We would organize dances, card parties, campouts and beach parties all without alcohol. Today all of those things are common place, but back then it was like we were building the ship while we were sailing it.

How did I get to this place where I’m putting together sober functions at the age of 15? I guess it all started with my first drink – which came at the age of four.

I had my first drink and subsequent first drunk at four. By the time I was nine I was stealing liquor from my father’s liquor cabinet. I would get so drunk and sick that I would throw-up all over my room. My mother would come in the next morning and ask what happened. I would tell her that I had the stomach-flu. She would just say, “Go back to bed and I’ll clean it up”.

From that interaction I learned three powerful lessons: 1) I could drink. 2) There were no consequences for my drinking. 3) And someone would take care of me after my drinking. For a young, budding alcoholic that was like saying, “Game-On!”

By the time I was fifteen my life was a mess. I had been picked up the police - twice. I had been court ordered to counseling, placed on probation, and if I violated the law again, I was going to be thrown into a boy’s correctional institution until the age of eighteen.

That’s what was happening on the outside. Internally, I would wake up in the morning with self-loathing. I hated what I was doing to my family and to myself. I wanted to stop, but I didn’t know how to. It was as if alcohol was both keeping me alive and killing me all at the same time.

One summer evening I was down at a local park when a friend approached me. We started to party and the next thing I knew I had collapsed on the ground. My eyes had sunken back into my head. I had lost consciousness and my respiration and heart-beat were slowing. I was dying.

Scenes from my life were flashing before my eyes me and here’s what I saw; I was standing in front of a judge lying about my drinking; I was in my counselor’s office lying about my drinking; I was getting into fights with my parents because of my drinking. And then this simple, but profound thought permeated that semi-comatose state I was in and the thought was this – maybe if I stop drinking my life would be less complicated.

My heart beat started to quicken, my respiration deepened and I regained consciousness. I made a vow then and there that I would stop drinking and I would come clean to all the lies. The next morning, I crept into my parents’ bedroom and I told them everything. I told them I was a thief, a liar, an alcoholic and I needed help. My mother burst into tears, but my father said, “I know what we’ll do. We’ll send you to the seminary because God knows we don’t have any alcoholic priests.”

I quickly figured out that these two weren’t going to be much help to me in my recovery. So, I went over to my probation officer’s office and came clean with her. She directed me to a Young Person’s A.A. Meeting.

I arrived at my first meeting of A.A. in June of 1978 and boy was I scared. People were hugging each other and they were old – really old. They had to be twenty to twenty-five. The group just let me take a chair and no one bothered me. They gave me my space. When it came time to introduce myself, I just said, “Pass”, and no one batted an eye.

It’s going to one meeting, once a week, for one-hour. That lasted for two-weeks and then I relapsed. Back into A.A. I went and they immediately welcomed me with open arms. No one shamed me or blamed me, they just said, “Keep coming back until the miracle happens.”

I stayed sober two more weeks, but there was another fatal flaw in my program. I wasn’t willing to give up the faces and the places. You see I thought I was unique. I thought I was different. I thought I didn’t have to work the program with all the earnestness that you did because I was so young. I thought there were short cuts for young timers. I thought I could take an easier, softer way.

I relapsed again, but this time I dropped to my knees, with tears streaming in my eyes. I looked to the heavens and said, “Dear God, please help me - because I can’t do this anymore”. And like a fever leaving my body, I felt the obsession and craving for alcohol dissipate. I haven’t had a drink since.

It’s going to a meeting early to have a meeting, then staying for the meeting, then having a meeting after the meeting. It’s volunteering to make coffee. It’s being a meter-greeter at the door. It’s helping to setup before the meeting and helping to cleanup afterward. For my first 365 days of sobriety, I went to 365 meetings. I got in the middle of A.A. and I stayed there because it’s the safest place to be. You see, if you’re in the middle, you can’t fall off the edge.

Forty years later I’m still active in A.A. I sponsor young men and I have a sponsor. I take meetings into our local VA hospital and I speak at a local treatment center. I serve as a secretary for our local Intergroup and I still serve coffee at my homegroup. I try to give back freely that which was given to me.

I do this because it tells me on page 89 of our Big Book, “Nothing will so much ensure immunity from drinking as intensive work with other alcoholics.”