“Could We Have A Moment of Silence….” 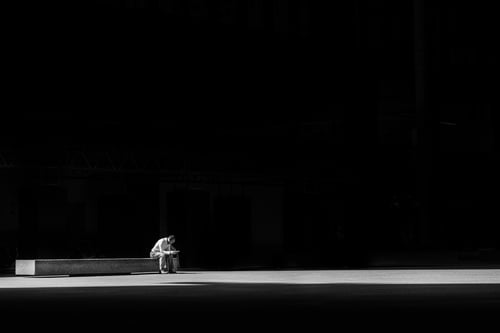 At many AA meetings, somewhere in the program, a person asks “Could we have a moment of silence for the alcoholic who still suffers?” We are briefly quiet, perhaps thinking of someone we know whose suffering is all too clear to us. I also think of those whose suffering is over because they lost their lives in a struggle with alcohol or drugs.

In 1977, I was still drinking, and much more of a “smart-ass” than I am now. I was on the local volunteer fire department and ambulance service, and we were frustrated and perplexed about what to do with Nicky P.

We all liked Nicky P. and his sister Peggy. They were about 40 years old, and heavy drinkers, but Nicky’s intake was, literally, staggering. At his peak intake, he would down a quart of Wild Turkey 101 proof bourbon whiskey and take a whole bottle of 20 Percodan pills. Then, as he was passing out, he would call 911 for the ambulance squad to rescue him. We would race to his apartment, drag his limp body out on a stretcher, and race to the hospital, where they would pump his stomach and work hard to revive him.

The doctors warned him, and we warned him, about the dangers of this plan. Nicky’s plan required perfect timing. He was ingesting a fatal dose of alcohol and opiates, and then relying on us to save him. Several times, a small delegation of two police officers, two firemen, and two medics visited Nicky P to spell out, while he wasn’t too drunk, the exact nature of his risk.

I was also a new United Methodist Minister, and this town was my first parish. I had been in ministry just one year. Being on the fire department and ambulance service was a great way to get to know people in the town and to be part of the fabric of the community. However, running night and day with people in emergency services had given me a weird sense of humor.

We warned Nicky that some night his luck would run out, and we spelled it out for him how it would happen. Someday there would be a bad crash outside of town on the state highway, and both of our two ambulances would be tied up, when he chose to slam down his Wild Turkey and Percodan. When he dialed 911 he would get the back up ambulance from the next town, which would arrive 5 to 8 minutes later, and that would be too late. He would die.

I had a bizarre idea, that the other guys accepted. At the end of 1977, we had a trophy made, in a sports trophy shop: a walnut and brass trophy with a brass ambulance on top. It read: “Washington Township Fire Department Invitational Drug Overdose Tournament 1977 Championship: Nicky P. 11 Overdoses in 1977” We took a fire engine, a ladder truck, and an ambulance to his apartment. We wore our dress parade uniforms and presented him with the trophy. We told him that he had won the championship, and now it was time to retire from doing drug overdoses because he had more than anyone else. He had survived 11 in a year, and now it was time to stop.

He laughed, and invited us all in for a drink, which we declined.

The next summer, forty years ago, in July of 1978, there was a bad traffic accident outside of town on the state highway. Both of our ambulances were tied up. Nicky P. overdosed and got the third, backup ambulance from the next town. It was too late and he died.

I have been helping people get sober in Alcoholics Anonymous for 42 years. I also have been watching some people walk away from this simple program, and die. Tonight I will be at Summit Hill AA in Saint Paul, and the meeting chair will again ask for a moment of silence for the alcoholic who still suffers.

John MacDougall is the Spiritual Care Coordinator at The Retreat.

His book, “Being Sober and Becoming Happy” is available on Amazon.com.