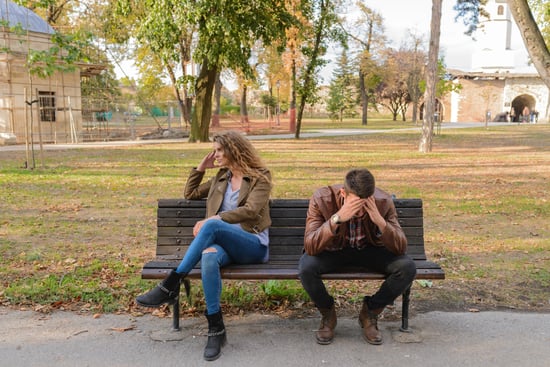 Slamming doors. Broken dishes. Arguments that the neighbors could hear clearly. Tears. Unkind words. And, conversely the resonant sound of hostile silence. The disease of alcoholism had wedged itself into the middle of our marriage.

When the members of family recovery (those family members who were getting support for the impact that their loved one’s struggle with alcoholism or addiction had on them) shared their wisdom from their folding chairs, I leaned in. They spoke of “Detachment with Love”, and although I wanted to believe that was possible, my head couldn’t quite get there. I had to get beyond the fact that I thought they said detachment was abandonment (they didn’t). Plus, I was so very angry.

One of the things I learned from the wise ones is that anger usually isn’t anger at all! It’s a masking emotion a good percentage of the time. Anger can mask fear, hurt, and disappointment. This made sense to me! Fear, hurt, and disappointment are all really vulnerable emotions. Anger doesn’t appear to be vulnerable at all! When I’m angry, I puff up. I am loud (or chillingly silent). I am not to be messed with (if you know what’s good for you). Anger added a layer of protection around my heart. I didn’t realize at the time that protection ended up closing down my heart, as well.

Seeing that I was struggling with the loving detachment concept (I’m sure that my anger was visible to anyone who was looking), one of the wise ones approached me about a similar, but seemingly difference concept: Detachment with Respect.

This was a concept I could get on board with! Even in anger (however justified it might be in my mind), I knew what the respectful action to take would be. And, I knew that my angry behaviors weren’t it. When I felt anger come up, I paused, took a deep breath, and considered how I would want to be treated if the situation was in reverse. I was amazed at how helpful this was – for me, and for my marriage. It was a relief to learn that I could practice new behaviors in the midst of the struggle I had been living in.

As I continued on in family recovery, and learned to navigate my feelings a little better, I still hung on to the concept of respectfully detaching. It was a way to practice detachment that felt more clear-cut to me. I would sometimes struggle with the concept of love, because love and fear had become so interconnected to me. Many of the actions that I had claimed to be in love were actually reactions to something I was terrified about. Respect felt less muddied, and more concrete.

Over time what I came to find out is that respect and love hang out together. They walk along hand in hand. Any loving action that I take always has respect involved.

But, I couldn’t see that at first. I’ll always be grateful to the wise ones in family recovery who met me where I was at, and gently lead me through this process, one little step at a time.