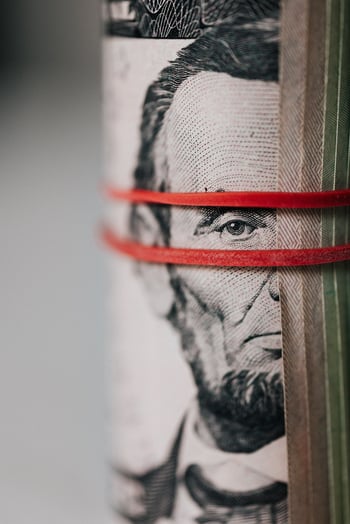 In starting down the path to recovery, I had walked away (or rather been asked to leave and to not come back) from a very fruitful career in the restaurant industry. As a General Manager of several restaurants, I had made a (mostly positive) name for myself in the service world. I worked hard and played hard. I was paid accordingly. And then I got fired. Not just once, for that would have been too easy and like any good alcoholic knows, I do not prefer easy. Three times. I was in a position where the only thing I had left to do was to ask for help.

Being that I no longer had a career or any income what-so-ever, the bills were piling up and I needed to go to treatment. The help I now knew I needed looked very expensive and I had absolutely nothing to contribute. For reasons I still do not know, my friends, family and significant other all pitched in to help me not only get in to The Retreat, but to stay out of the restaurant industry when I got out.

I was mostly unemployed through my first year of sobriety. I had done odd jobs that helped put food in the refrigerator, but nothing significant by any means. I felt the pressure of accruing debt every single day. My credit was terrible and the weight of it all felt like something I would never be able to get out from under. I felt as though I was watching my dreams of ever owning a home or of ever being able to take a vacation or buy a reliable vehicle drift away.

After a year of sobriety, I was eligible to work at the place that got me sober and started down a path of recovery, The Retreat. I was hired for a part-time position in the front office. I loved my work and threw myself in to it whole heartedly. I picked up shifts and stayed late, I came in early and took on special projects all in the hopes of being hired on full-time. In the mean-time, I had a few people that were rightfully ready for me to start paying them back. Problem was, I was just beginning to be able to pay my own bills, I didn’t have what I referred to at the time, as “extra” money. Part-time employment was not going to cut it. I had few options left for making good money and doing so quickly. I started to look around at restaurant jobs and eventually took one. I trained for 8 whole hours when I was offered a full-time position in the finance office at The Retreat.

Insurance, a steady paycheck, a mission I believed in that could help save lives, an opportunity for professional and personal growth. All of the things. I was so nervous I was going to screw it up and get fired. Again. I had to learn to trust in myself, my sober self. So, I started small. I set goals for myself and began achieving them, I started paying off my debt in a very real way. I began again to dream of the life I thought I had lost. I wanted to buy a house. My very own house. One that I could work on and invest in. One that I hadn’t indulged my alcoholic tendencies in. One that had a yard for my faithful four-legged companion to roam. One where I could grow a beautiful garden around and one where I could live out this beautiful life.

I still had a lot work to do to get there. I made an appointment with a banker and simply showed up. I asked questions about the reality of my situation, about whether or not this dream was even achievable. I walked out of that meeting with a plan to rebuild my financial security and another appointment in three months. She had given me a list of things to do, and on that list was to pull my credit (yikes!). I did it. I didn’t even think about it, I just did it. Once I had pulled my credit, I reviewed it and was pleased to discover that it was not as scary as I had made it out to be in my head. One by one I started paying off my bad debt. I set up payment plans and I followed through. I began checking my credit score and I watched it begin to climb. I started saving money. This was the first time in my life I had any money in a savings account. I put my head down and just took it one day at a time, one payment at a time. I returned for my appointment after three months and my banker was just as surprised to see me as I was to be there having accomplished everything she had asked me to do.

2 years later, I have been pre-approved for a mortgage and am currently house shopping. I have more than half paid down my seemingly insurmountable debt that I accrued in getting sober and staying sober and I continue to make those payments every month, on time. My credit continues to improve and my faith in myself has begun to take on a life of its own.

Financial recovery (like all facets of recovery) takes time, courage, diligence, patience and fortitude as well as the dreams of possibilities.