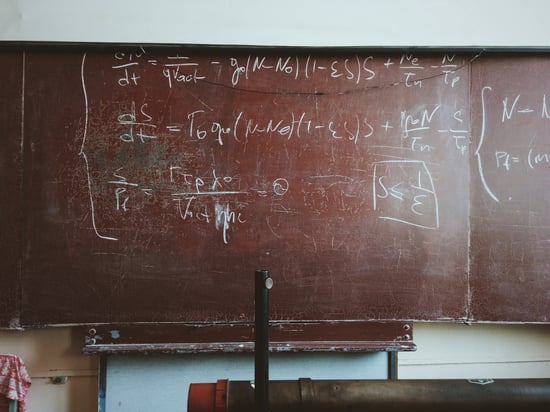 When I first came into the program I stumbled upon a few formulas for sobriety. Now I’m not a numbers guy and I’m really quite math-phobic, but this was simple math that made sense to me. My first formula was - put as much time into your recovery as you did into your addiction.

I say I stumbled upon this formula because it was really by the trial and error method of learning. Allow me to illustrate the point. The year I sobered up I came into A.A. in June, but by the end of July I had one day of sobriety. I realized I wasn’t working a program and I needed to do something more. I asked my sponsor how many meetings a week I should go to. He answered my question by asking a question. He queried, “How many days a week did you party?”

I responded by saying, “I partied everyday”.

Einstein once theorized that E = mc2. In this equation the E stands for energy.

If this be true, then is it also true that E x A = D? In this second formula the E stands for energy, the A for addiction and the D for death. In other words the more energy I put toward my addiction, the closer to death I’ll find myself.

If the above equation is true, then my third formula is: E x S = L. In this equation the E stands for energy, the S for sobriety and the L for life. In other words, the more energy I put toward my sobriety the better my quality of life will be.

In Newton's third law of motion he stated: For every action, there is an equal and opposite reaction.

How true this turned out to be with my disease. While in the active throes of my addiction, the more I pursued intoxication and euphoria the more depressed, and irritable I became. The more I pushed away my family and friends the larger my world of loneliness and isolation became.

Magically, Newton’s third law also held true for sobriety. The more I embraced my pain the larger my capacity for joy became. The more I confronted my shame and guilt the more serenity I felt. The more I faced my fears and anxieties, the more blessings of sobriety I received.

I’m not a numbers guy, but these were formulas that I found easy to understand, easy to implement, and formulas that produced a 100% return on investment.