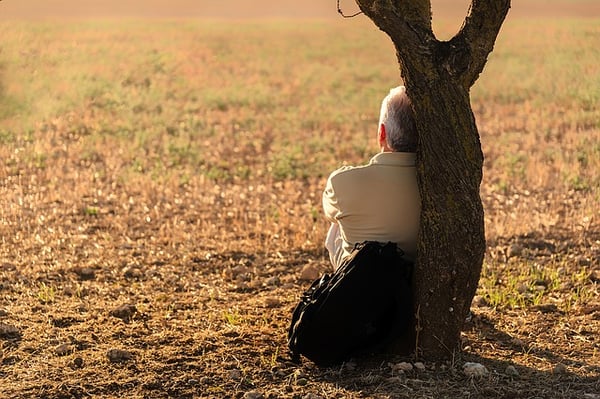 There are struggles we will face in sobriety. Getting sober is not a guarantee that life will be void of trouble. On the contrary, life will be life. Life will have its ups and downs, its triumphs and tribulations, its ebb and flow.

What we are guaranteed with sobriety is that we can go through life, clear headed, not clouded by drugs and alcohol. As we work the 12 Steps of A.A. we are also given guarantees that come in the form of promises. We are told that “we will find a new freedom and happiness”; “we will be amazed before we are half-way through”; “fear of people and economic insecurity will leave us”; “we will intuitively know how to handle situations which used to baffle us”; “we will suddenly realize that God is doing for us what we could not do for ourselves”, (pages 83-84, Alcoholics Anonymous).

Shortly after receiving my three-month medallion, I learned that my oldest sister had been killed by a drunk driver. I wanted to chuck my medallion into the garbage and go get high, but suddenly members from the program started to show up at my sister’s wake in droves. I didn’t even know many of them, but they came because they heard of the tragedy and they wanted to express their sympathy and concern. Their love and compassion got me through a very difficult time. I’ve heard in the rooms that “when life goes down, God shows up…” Those A.A. members showing up to my sister’s funeral helped me maintain my fledgling sobriety.

Ten years after my sister’s death, my mother died suddenly from complications associated with her cancer treatment. I was stationed overseas at the time in Germany. I received a phone call in the middle of the night and the voice on the other end was sobbing. It was my father asking me to come home immediately. Within 72-hours I was at home in my father’s house, numb from the travel and the shock of having just lost my mother. The phone rang and I answered it automatically. The voice on the other end asked for John. I replied, “this is John”. The caller introduced himself as a Catholic Priest. I assumed he was calling to express his condolences on my mother’s passing, but instead he said he was calling to thank me. I asked why? He said that he had just picked up his five-year medallion and he wanted to thank me because I had taken him to his first A.A. meeting five years ago. I started to sob. He asked why I was crying and I told him about my mother’s passing. He seamlessly transitioned from A.A. friend to pastoral counselor. It was another instance of “God doing for us what we could not do for ourselves”. It was another example of “life going down and God showing up…”.

A few months ago, my wife complained of a side-ache. She said she thought she had a kidney stone and was going into the doctor for a check-up. She came out of the doctor’s office four hours later with a diagnosis of kidney cancer. I was shell-shocked. What I thought was going to be a routine procedure, suddenly turned into a life changing circumstance. She came home and in accordance with the doctor’s orders immediately went to bed. I picked up the phone and called my sponsor – within an hour he was at my house. And then another long-time friend in the program showed up with dinner and items for my wife. The three of us talked in the kitchen for an hour. The care and compassion demonstrated by my program friends sustained me.

Within a week my wife went into the hospital and had her cancerous kidney removed. The room looked like a flower shop with all the flowers our friends sent to us. After a week of recuperation in the hospital and another week of rest at home it was time for us to visit the doctor again and find out the results of the biopsy. I was so scared I was nearly trembling, but I wanted to be strong for my wife. Then the doctor walked into the office and the smile on her face told us all we needed to know. She said that the surgery was successful and all the cancer had been removed. Moreover, no chemo or radiation therapy was warranted at this time. However, she did want us to come back in three months for a series of tests to make sure the cancer hadn’t returned. We recently completed that three-month check-up and all the tests came back negative for cancer and the kidney and liver function tests were within or above normal parameters. “…And God will do for us what we could not do for ourselves”.