“I was never that good at being that bad.” 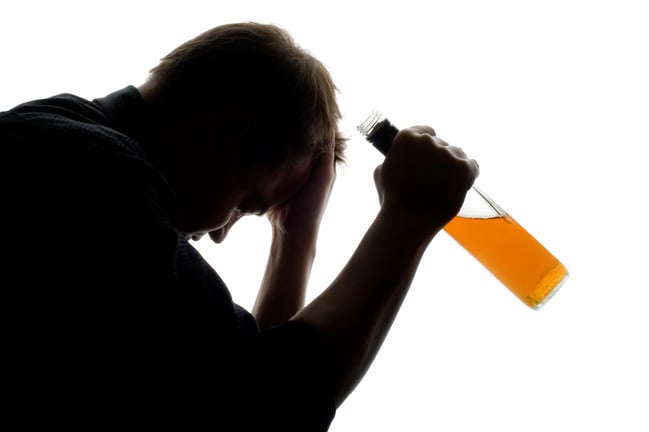 In the 1970’s and 1980’s, I attended open AA meetings for 13 years without figuring out that I was an alcoholic. This was odd, because I seemed to have a natural affinity for alcoholics and other addicts. As a pastor, I had conducted more interventions than anyone else in my town. Many evenings, I brought people to detox, and then sat up late at night learning about this disease. I taught college and graduate school courses on addiction without figuring out that I was an alcoholic and addict. I went to twelve step meetings because I really wanted to be with the people. My home group tolerated me well, because it was an open meeting. Occasionally  I’d  overhear someone whispering “He almost admitted it,” but I never did.

My problem was that although I loved the fellowship and felt more at home there than anywhere else, I didn’t think I was an alcoholic or addict because everyone seemed to have a story that was much more exciting and dramatic than mine. I wanted what they had, but I thought I didn’t qualify for AA because I wasn’t a “real alcoholic.”

My friend, the “low bottom drunk,” was sent to the state mental hospital many times for drunken violence. One night, he was sitting in the intake area, without his clothes or shoes, when another patient listened to his story and said “You’re not crazy, you’re alcoholic. I’m crazy.” My low bottom friend listened and asked what he should do. “When you get out of here, go to AA. AA is for alcoholics. This place is for crazy people.” My friend took his mental hospital neighbor’s advice and got sober in AA.

A woman friend who was the popular party girl when drinking suddenly would get paranoid and talk to satellites when she took methamphetamine. She followed the satellites’ directions into some wild situations, but could only be freed from her obsessions by being thrown in jail. In jail she learned about AA and began going to meetings. She had great stories.

I didn’t have much of a drinking story. I still don’t. I drank quietly. I had no drunk driving tickets, even though I drove drunk a lot. I never lost a job over drinking. I didn’t appear to belong in the program, but I wanted to be around the fellowship if not in it.

At the fellowship, the stories were great, funny, sad, and hopeful. I was wishing I had a story so I could say more than “Hi, I’m John, and I’m happy to be here.”

One woman, when it was her turn, started nervously to tell part of her story. She hesitated, and blurted out “I was never that good at being that bad.” She had tried to get into the excitement, conflict, and chaos of “partying”, but just didn’t have a talent for it.  Hers was an outwardly calm life, but inside she could feel her freedom to choose slipping away from her.

Her story was mine. On the outside, I looked fine. I had never had any trouble starting to drink, but stopping was becoming harder. From my first trip to a bar with a date to my most recent private drinking, I could control my drinking for a while, and then it would control me. I would begin drinking with good intentions and end up a sodden incompetent in a few hours. I could still explain away the mental lapses and blackouts, but now I knew that they were real and they were growing. Even if I wasn’t that bad yet,  I was a real  alcoholic. Now I belonged.

Many of us have put off treatment, AA, or NA because we’re “not that bad.” However, there’s a great opportunity in deciding to work the twelve steps ourselves in a fellowship of equals. We don’t need exciting stories. The only requirement for group membership is the desire to stop drinking or using. We are all in this together.

If you would like to explore these ideas further, consider attending the Surviving Abuse and Trauma retreat with John MacDougall, scheduled for January 29 - 31, 2016.