Powerlessness is not Hopelessness 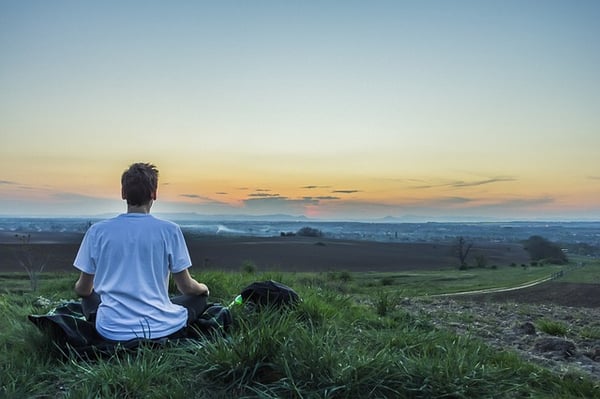 “We admitted we were powerless over alcohol – that our lives had become unmanageable.”

-Step 1 from the Al-Anon Family Groups

When I was new to family recovery, I wasn’t certain how Step 1 would apply to me. I knew that my life was unmanageable (I was the kind of person who wouldn’t have reached out for help until I had exhausted all other options), but I didn’t understand the “powerlessness” piece. I thought that if my husband was still struggling with his drinking it was because I hadn’t read the right book, and hadn’t found the right words to explain to him what I was watching happen in his life and in our life. I felt like it was up to me to figure this out, especially since it appeared that he couldn’t – or maybe didn’t want to.

I also didn’t understand what was meant by the insinuation that family members were “powerless over alcohol”. There was nothing here for me to “admit”. I, personally, had NO issue with drinking. I could take or leave a drink. I am one of the estimated 85-90% of the population that doesn’t have the physiology necessary that would make me susceptible to alcoholism.

When I heard the conversations that others at meetings were having about how to respond to the disease of alcoholism, I felt really confused. As the person who loved my husband, I thought that it was my job as his wife to find a solution to the dilemma we were experiencing. I thought that I was supposed to get in the center ring with addiction and battle it. I would do this by doing lots of research, and present it to him (which was never as well-received as I had hoped). I had a belief that if I could stop him from the first drink, I could stop him from the rest of them, as well. This lead to pouring liquor down drains, cutting up credit cards, and hiding car keys. Of course, I found out later that these are the things that many family members attempt when reacting to this type of situation. These are the things that family members do when they don’t know what else to do.

The lightbulb dawned when I realized that none of these things were helpful. Pouring alcohol out never stopped my husband from drinking. Mostly, it just made him really angry at me – and then he could use that anger as an excuse to go drink. I learned that I was powerless over alcohol, because I was powerless over the hold that alcohol had over the person that I loved.

Of course, as I progressed, I learned that alcohol wasn’t the only thing I had no power over. I was powerless over people, places, things, situations, circumstances, other people’s reactions, the weather, my emotions, traffic…to name a few. This felt overwhelming. I didn’t know what would happen if I started “practicing” powerlessness around these things. Would things gets worse? Would things fall apart? What would I do with my time? My fears started taking hold. I felt stuck.

When I looked around at the others who had started practicing powerlessness, they didn’t look stuck at all! The looked calm and peaceful. Some of them looked happy! I wondered what their secret was. I wanted to feel like how they appeared to me.

I took a risk and decided to try to admit what the other family members claimed as truth – that I was powerless over this disease, and that my thinking that I wasn’t was part of what was making my life unmanageable. Having already tried everything that I could possibly imagine to do to mitigate the damage, I really had nothing to lose by trying this, as well! I started to be intentional about this process, which had an unexpected result. The more I admitted that there were areas of my life where I had no control, the more I got to see that there were areas of my life where I did have some control! I may have been powerless about many things, but where I DID have some power is how I chose to show up. My internal reactions often still happened – but, my outward responses started to change. I began to live more and more in alignment with the person I wanted to be – and less with fear and reactions running my life.

This felt hopeful. If I COULDN’T change what was going on with this person that I loved, at least I knew that there were some things I COULD change – and that my changing started to have the ripple effect of creating other changes. These changes felt much more powerful than the reactions that I had been having previously. Knowing that there were adjustments I could make (and tools I could use) helped me to navigate the fears that had been present for so long when in the midst of living with this disease.

Of course, I also learned that this wasn’t a one step process. There were eleven others to go! Although a bit daunting, that was also a big relief. The hope I began to feel that things can be different turned into trust that things could be okay, provided that I followed a few simple steps, on a path that others had already walked on. It’s so much easier to travel when you know that others have already paved the way.