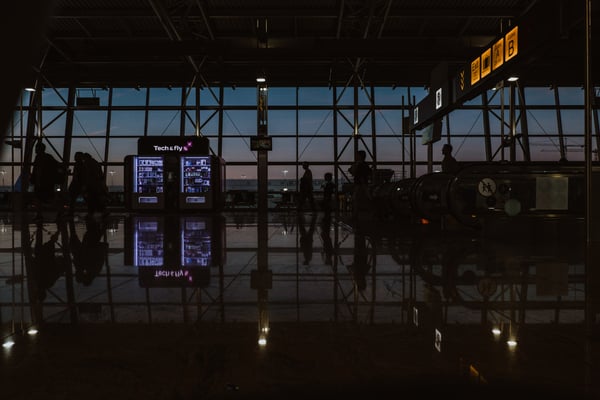 While we are all hunkered down and sheltering in place, we thought some good old fashion humor might lift your spirits. Here are some humorous thoughts from one of our blog contributors – Maj. Donovan, U.S. Army, Ret.

As my sponsor and I were waiting in jail for the State Department to straighten things out, the authorities asked us if we had any last wishes. I told them that I had come to carry the message of recovery and I would like to speak to any prisoners who might want to learn about recovery.

Then they asked my sponsor if he had any last wishes. He said, “I’ve already heard him speak. I’d like to be shot immediately.”

A skeleton walked into a meeting room and sat at the table. When it came time for him to share, he said, “I’m really having a hard time holding my liquor”.

A holiday decoration walked into an All Recovery Meeting. She sat at the table and listened intently to the conversation. When the meeting facilitator asked her to share, she said, “I’ve pretty much been hooked on Christmas Trees my whole life”.

How do you make an alcoholic into a millionaire? Give him a billion dollars.

A newcomer was serving coffee at a meeting. He walked over to an old-timer who indicated he wanted some coffee by holding up his cup. Then the old-timer started talking about how the steps were numbered 1-12 because they were meant to be worked 1-12. He said, “You can’t skip around and work them anyway you want; you have to work them in order.”

The newcomer stammered, “I-I-I would, but I’m not on Step Ten yet!”

There were five veterans in recovery and they frequently went out fishing together. One day when they were out on the lake, they got to arguing about which branch of the service was the best.

The Soldier said, “The Army’s the best – HOOAH!”

The Marine said, “The Marines are the best – HOORAH!”

The Sailor said, “The Navy’s the best – Anchors Away!”

The Airmen said, “The Air Force is the best – Aim High!”

While they were arguing they didn’t notice the waves had come up and suddenly they capsized. The next thing they knew, they were all standing in front of the Pearly Gates, but they wouldn’t quit arguing.

Father Abraham came down to the gates and said, “Gentlemen what’s all this commotion about?”

They told him they were all veterans in recovery and that they were trying to decide which branch of the service is the best.

Father Abraham said, “Veterans – this happens all the time. I tell you what I’m going to do. I’m going up to post Headquarters and I am going to settle this once and for all.”

He says “Gentlemen, I have a note from post Headquarters and it reads as follows…”