“That’s How You Get To Be An Old Pilot!” 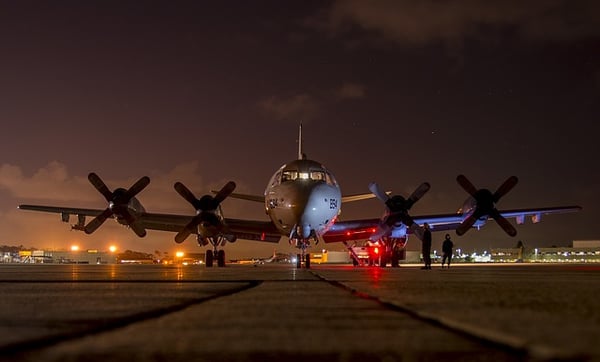 I will be seventy years old next week, and I got sober when I was forty. My first sponsor told me to read the first 164 pages of the Big Book, over and over, until I understood them. I did. On page 85, I read:

“We are not cured of alcoholism. What we have is a daily reprieve contingent on the maintenance of our spiritual condition.”

When I was seven months sober, my wife and I took a trip from Chicago to Vienna on TWA airlines, in a Lockheed L-1011 airliner, one of the early jumbo jets. We were in first class, and the pilot was standing there. The gate agent came on to announce a delay for a maintenance check. Later the gate agent announced that there was a problem with the hydraulic lifters for the flaps, and that it would take an hour for the mechanic to fix them. The pilot said to us: “A good mechanic could fix them in an hour, let’s see how long it takes this one.” I was surprised by his frank comment.

An hour and a half later, the gate agent came on and said, “We’re all done, we just need the pilot to sign the log book and we’ll be under way.” The pilot turned to us, in first class, and said “I’m not signing anything.” He walked off the plane. I thought “That’s different.”

The ground crew brought all the scaffolding back up. The pilot climbed down the stairs, picked up a flashlight and a wrench, climbed up the scaffolding, wrenched open the flap cover, and inspected the repair himself. Then he wrenched the cover closed, climbed back down, climbed up the ladder to the jetway, signed the log book, and looked at us, the first class passengers.

He spoke: “That’s how you get to be an old pilot!”

I thought, “And that’s how I’m going to get to be an old alcoholic. I’m going to do what it says on page 85 of my Big Book. I’m going to check on the maintenance of my spiritual condition every single day.

There are fifty thousand aircraft movements every single day in North America. You do the maintenance, fifty thousand times a day. Right now, there may be a maintenance problem on the Boeing 737 max aircraft. All the American pilots have already been trained on how to overcome the problem, so there were no crashes in North America. All the aircraft have been pulled out of service to do corrective maintenance. Just today, March 27th, a Southwest Airlines 737 max, with no passengers on board, was on its way to a maintenance facility when the pilot declared an inflight emergency and landed quickly and safely. Doing the maintenance has the highest priority to the aviation industry.

The maintenance of my spiritual condition is my highest priority all the time. What is that maintenance? I do the first three steps of Alcoholics Anonymous first thing in the morning.

Step Three: “I need a fresh decision to turn my will and my life over to the care of God today, because yesterday’s decision expired in my sleep.”

Having taken the first three steps, I need to implement those steps by doing the right thing, right now, all through the day. I turn my will and my life over to the care of God, by asking the third step question: “What does God want me to do, about what’s right in front of me, right now?”

Just as an airplane flying from Minneapolis to Los Angeles makes many midflight corrections along the way, I keep checking on what I’ve just done, and what God wants me to do next. It works: right thing, right now.

I haven’t hit my 30th A.A. anniversary yet, but I’m getting to be an old alcoholic, one day at a time.

John MacDougall is the Spiritual Care Coordinator at The Retreat
His book, “

” is available from Amazon.com