The Adjuster, or “Lost Child” – Relief through Quiet Resignation 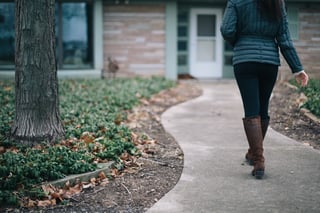 When addiction is present in the home, and the subsequent instability and inconsistency in relationships that accompanies it, the reactions that different children have is varied, yet predictable. Claudia Black, Ph.D. and national expert on the Family Disease of Addiction, identifies one of these childhood roles as “The Adjuster.”

The Adjuster does not attempt to prevent or alleviate any of the symptoms caused by addiction in an increasingly chaotic family situation. They have found it easier to disengage and not assume much responsibility for themselves or others. Instead of engaging, they simply adjust accordingly without rocking addiction’s “boat” and making more waves in an already stormy sea. The adjuster’s bottom line thinking is, “I can’t do anything about it anyway,” which is actually quite accurate.

A child can’t cause, control, or cure anyone else’s addiction. However, due to their reaction, they run the risk of not feeling anything at all. This child is often perceived by others in the family system as being selfish because they have retreated from the front lines, even though they are doing so to not call any attention to themselves. They often take refuge somewhere away from the family unit.

The reactions the Adjuster comes to rely upon to keep themselves safe can begin to cause issues over time. Most Adjusters don’t like to make decisions, as they are afraid those decisions will be wrong. Some Adjusters end up becoming followers, even if they are following someone who doesn’t act within their value system, because it’s easier for them to follow along than to stand out on their own. Because they’ve disengaged themselves from the family unit, they often feel unseen or ignored. They tend to withdraw more and more over time as a way to adjust to the unknown. This withdrawal creates isolation, which is one of the symptoms of the family disease of addiction.

On April 29th, Claudia Black will be presenting at a workshop sponsored by The Retreat which identifies this script, and others, and will discuss the paths for further healing. The workshop is titled: “Transforming Families: From Script to Choice,” and we’ll be exploring these scripts in this blog in the months leading up to her workshop.