The Beauty of God… 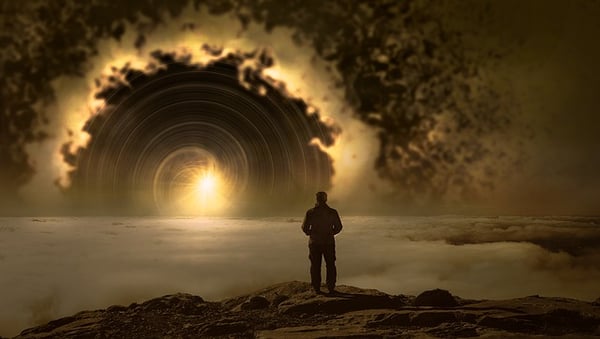 I recall how years ago I was contacted by the Diocese of St. Cloud. I was shocked that the Bishop's office would reach out to me - but indeed they did. I was asked by the voice on the phone to hold for the Bishop and then to my surprise the Bishop came to the phone. He explained how he had heard that I was willing to help people with alcoholism. He explained how he had a young seminarian with whom he was concerned and he wondered if I would take the young seminarian to an A.A. meeting. I told him, "Yes, absolutely!"

A few days later I took this young seminarian to an A.A. meeting. Unfortunately, I had not done my homework. The meeting was blue with language and blue with smoke. They were carrying more of the mess than the message. I was mortified by their conduct and so was the seminarian. I told him afterward that it would be unfair of him to judge all of A.A. on this one meeting - just like it would be unfair of a catholic to judge the whole church based upon his/her interaction with one priest. The seminarian said he didn't think A.A. was for him and he would talk to the Bishop about it. I asked for the opportunity to take him to another meeting, but he politely declined. I never saw him again.

Shortly after this encounter, I joined the U.S. Army. I was stationed overseas in Germany. One evening, five years later, my phone rang at 3 a.m. I answered it in a fog and the voice on the other end was crying. It was my father calling to tell me my mother had died. She had passed from complications relating to her treatment for cancer. She was 55 years old. My father asked me to return home immediately to attend the funeral. I got dressed, went to see my commanding officer and made arrangements to fly home. 72 hours later I was sitting in the kitchen of my parents’ home.

While sitting at the kitchen table, I heard the phone ring. I automatically answered it and the voice on the other end asked if John was there. I thought, "Who even knows I'm home - just 72 hours ago I was in Germany?"

I said, "hello Father", thinking he was calling to offer my family condolences on our loss.

He said, "I just wanted to call to thank you".

Now I was thoroughly confused. "Thank me? "Thank me for what?", I said.

My eyes filled with tears as I recalled the young seminarian who didn't think A.A. was for him. I told him that his phone call and timing were miraculous because I had just returned home to make preparations for my mother's funeral. He effortlessly slipped on his pastoral counseling hat and helped me with my grief and loss. As I was there for him five years ago, he now was there for me. And that's the power of this program. That’s the beauty of God...