The Coop and The Coconut 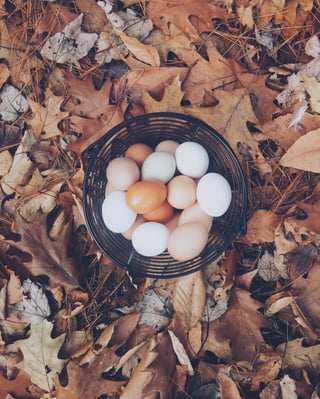 My disease does a great impression of my voice. It’s spot on. It perfectly recreates the long, nasally vowels of my Chicago upbringing, the enthusiastic delivery, the volume, and the cadence.

This masquerade, this dubious transgression of my mind, leads to fear mongering. For me, recovery is no longer about slapping my hand away from the drink or the baggie.


Rather, recovery is now about dealing with a mind that so easily slips into negative thoughts and outcomes, scenarios of my personal destruction I attend like an audience at a film premiere. I create an idea or scene, roll it around before handing it over to the decision-making committee of monkeys in my head, and watch them attack the coconut. In the end, I am left with no resolution, no peace, just an abused coconut.

The idea or the scenario has been so worked over in my mind I experience a physiological change. I am left jittery with anxious frenzy. But in these times, when I can step back and breathe, I remember the chicken coop.

Upon completion of my 30-days at The Retreat, I moved into the big house on Summit Avenue. I took a handyman job with a friend I had met in treatment. The task that stands out most is one of our first, building the Taj Mahal of chicken coops in North Branch… for rescue chickens. It was hot, humid, tough work—demo, framing, insulation, roofing. You name it, we did it.

We hung French doors, hooked up electrical, used five different colors of paint. And the rescue chickens crapped on everything and everywhere. Each morning, though we always covered them, we had to wipe our tools of farm fowl-poop soup and sweep up piles of crap-a-doodle-do. The mornings were struggles, the days were long, and the work was difficult. But at the end of the job we had constructed something to be proud of, something beautiful. Each harsh moment—the sweat, the strain, the shit—had combined into one wonderful thing.

Recovery is a beautiful example of the whole being greater than the sum of its parts. The work is tough, and moments can be hard, even painful. There are days when I feel that my disease has taken hold of my mind, steering me toward turmoil, hijacking my train of thought, and derailing my destiny. It begs the question, “Am I addicted to struggle?” But these battles later reveal themselves to be a part of some greater intention, some meaningful lesson, and a significant step down the path.

The work doesn’t stop because I have decided to quit drinking and using. The work, in fact, begins at that moment. It is what I signed up for when my sponsor asked me, “How surprised do you want to be, how happy, how free?” So when the monkeys get ahold of the coconut, it’s time for me to pick up a broom, put my head down, and sweep the chicken shit.