The Road to Relapse 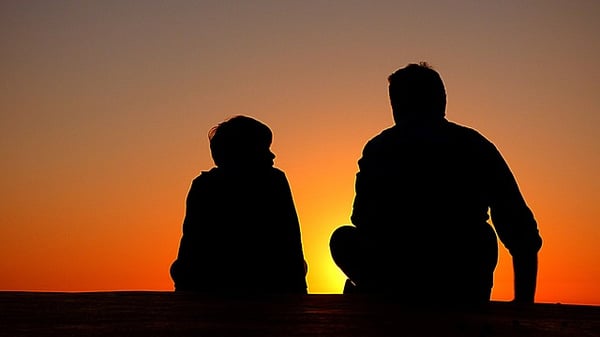 “I stopped going to meetings....I stopped hanging out with people in the program”

I started going to A.A. meetings in June of 1978.  I had attended two A.A. meetings when a friend of mine invited me to go out and party with him.  I thought…I’ve been to two A.A. meetings surely, I’ve learned enough about the disease that I can have just one.  Later that evening I was scrounging through garbage cans looking for something to drink.  I learned from that first slip what we hear in Chapter 5 of the book Alcoholics Anonymous… “we deal with alcohol, cunning, baffling and powerful”.

I went back into the rooms of A.A., but two weeks later found me hanging out with my old friends in the old spots.  I hadn’t learned the importance of changing the faces and places.  I relapsed again, but this time I feel to my knees, looked to the heavens and asked for God’s help.  I had finally and fully conceded to my innermost self that I was an alcoholic. God lifted the obsession for drugs and alcohol from me.  I had taken the first step.  The delusion that I could drink like other people was smashed. (Page 30, Alcoholics Anonymous)

Upon returning to the rooms of A.A., I would listen intently to people who would describe how they slipped or relapsed.  I wanted to learn everything I could from them, so I could benefit from their   experience.  Here are the three things that were repeated over and over again in every relapse story.

1) I stopped going to meetings:   Every relapse story I’ve heard starts with this all too familiar statement.  It is said that meeting makers make it.  Regular attendance of A.A. meetings is like putting a firewall between me and a potential slip.  In my first 365 days of sobriety, I went to 365 meetings.  In those early days of sobriety, sometimes the only thing that prevented me from getting high or drunk during the day was because I knew I had my A.A. meeting that evening.

2) I stopped hanging out with people in the program:  Surrounding myself with people in recovery or who understand recovery helps me focus on the solution to my disease.  Going to parties, bars and other such establishments for me is a recipe for disaster.  After studying the book Alcoholics Anonymous, I learned that I didn’t have to avoid places where there was drinking if I had a legitimate reason for being there, like a wedding, an office gathering, etc.    But I had to check my motivation for going – was I going to this occasion in order to be with family and friends, or was I trying to live vicariously through others?  (pg. 101, Alcoholics Anonymous).

3) I stopped calling my sponsor:  Sponsorship is a key and vitally important aspect of the recovery program.  From the pamphlet on sponsorship printed by A.A. World Services we find this statement:    Most present members of Alcoholics Anonymous owe their sobriety to the fact that someone else took a special interest in them and was willing to share a great gift with them.

According to one study cited in the Surgeon General’s Report on Alcohol, Drugs and Health (2016), in a randomized clinical trial, patients receiving telephone case monitoring were half as likely to drink as those not receiving it.

In yet another study cited within the report, a clinical trial compared weekly telephone monitoring plus brief counseling with two other treatments: standard continuing care and individualized relapse prevention. Telephone monitoring produced the highest rates of abstinence from alcohol at follow-up 12 months later.

What’s another phrase for this telephone monitoring?  Talking to my sponsor on a regular basis.  It’s really that simple.  Having regular, telephonic contact with a sponsor who knows about my disease, and holds me accountable, increases my chances significantly of having quality and long-term sobriety.

I’ve learned in this program that I don’t have to go through it, to benefit from it.  When it comes to relapse, I’ve learned that the road to relapse is paved with:  missed meetings, avoiding people in the program and not talking to my sponsor.

Start Your Road to Recovery Today!