The Truth below the Truth 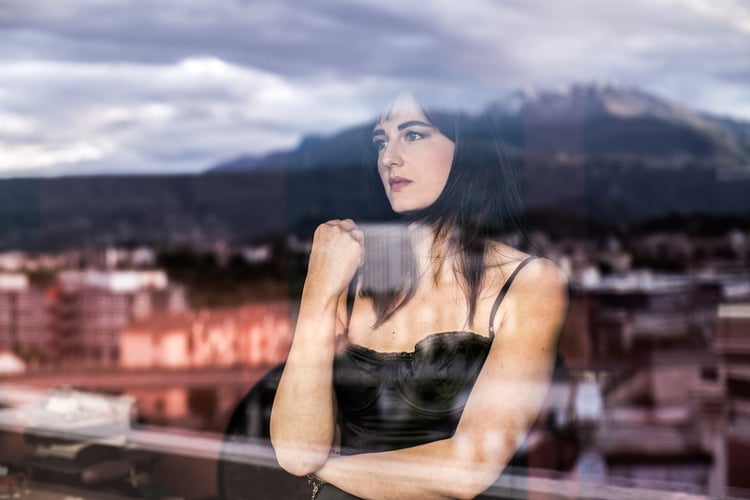 “Made a searching and fearless moral inventory of ourselves.”

-Step 4 from the Al-Anon Family Groups


When I tell my family recovery story, which I do regularly, I try to talk about parts of my life that illustrate the impact the disease of alcoholism has had in my life.  One of those timeframes is when I was in college.

I started out strong!  I had graduated in the top 10 of my class.  I got a full scholarship to go to school. I loved it there.  I loved being a part of this community and being in this environment.  There is a pivotal moment that I talk about in my story when things changed for me.  I went from the girl who was doing well to the girl who didn’t graduate on time because she failed a class.  Although it’s felt vulnerable to talk about this, I’ve also felt brave. It’s felt important to me to tell the truth.

For a while I have been considering furthering my education.  It’s taken me a while to decide what to do, as there aren’t a lot of programs out there designed for my passion (how addiction impacts the family and how to help them heal).  But, recently I found a program that might work! I decided to take the next step, and I got more information. I reached out to others who I trust to ask for their opinions about what I was considering.  And, I reached out to request a copy of my undergraduate transcripts, which I would need to apply.

When my transcripts arrived, I took a deep breath, and tried to prepare myself for what I would find.  How low would my GPA be with that one failed class? Would I meet the minimum requirements? Was the person I was in the past going to stand in the way of the person I am becoming today?

I had instant relief when I read my GPA (over the minimum requirement, but barely).  I then reviewed the rest of my transcript. I saw my failed class – and then I saw the other classes.  Yes, I had started out strong, but my failed class wasn’t the only indication that there was something wrong.  The heavy concentration of “A” grades that appeared in the beginning of my transcript diminished and then slowly disappeared, with not one “A” remaining in my final semester.

My first response to myself was “You could have done better than this.”  I was holding a document that proved that I was a failure. This piece of paper confirmed what that old, nagging voice had been telling me all along.

One of the many tools in 12 Step family recovery groups is the opportunity to look more deeply at yourself.  There’s an opportunity to delve into the behaviors that don’t feel helpful, and to see why they have happened.  There is no judgement, but a solid belief that everyone has done the best they could at the time – and there are probably some changes we can make to do things better going forward.  None of this happens, however, without practicing some compassion.

After I felt my feelings (something I’ve learned is extremely important) I was able to look at my transcript with fresh eyes.  It told a story that was slightly different than the one I had been telling all of these years. It showed the progression of a girl who had held it together for a really long time.  There were some things that she did exceptionally well!  She did this until she couldn’t. She did this until the impact of the disease of addiction caught up with her.  She handled all that she could handle, and then she didn’t appear to do a stellar job of handling things for a while, but the truth is she did the best that she could.  And, when she sought help, she started to do even better – and has continued to do so ever since.

Sometimes we can only allow ourselves the truth that is safe to tell.  It’s still the truth – but, sometimes it’s not the whole truth. That truth becomes clear when we take the opportunity to look below the surface.  Sometimes that truth is revealed only when we become ready. The truth for me is that I wouldn’t be here today without the experiences of my younger self.  She continues to hold me up as I become more fully the person that I want to be – that we both want me to be.