Two Heads are Better than One 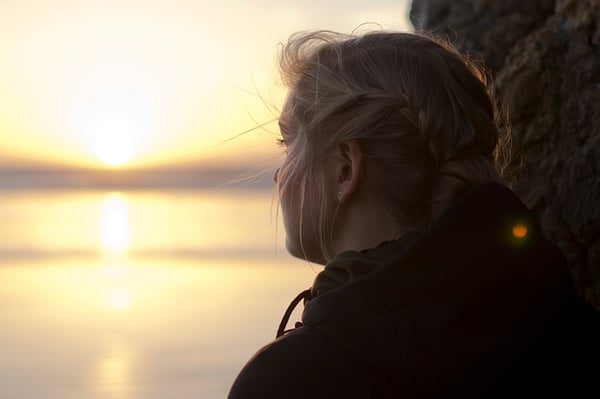 “Made a decision to turn our will and our lives over to the care of God as we understood Him.”

-Step 3 from the Al-Anon Family Groups

I have a tendency to over-complicate things.

When my mind became open to consider that there could be a Higher Power that just might be helpful in my life, my perfectionism kicked in. Who or what was my Higher Power? What pronoun did my HP use? Which house did my HP hang out in? I was desperate to get this right.

I also wasn’t fond of this whole “turning it over” thing. Did that mean that I was supposed to just sit back and watch the world go by? Or, if I was going to turn over my will and life did I need to change everything in my life? Did I need to renounce all of my worldly possessions? Did I need move to Calcutta to follow the Mother Teresa track, and be of service to those less fortunate? Would I still be able to live my own life?

I talked to someone I trusted in my family recovery group, and told her about the swirl I was in. She listened (so important!) and then shared her experience with her process when learning to practice this Step. She also suggested some others that I could talk to who might offer me additional insight.

I talked to those that she suggested, and their shared their experience, as well. I was struck by the variety of concepts they had in respect to God, as they understood Him. Some had a traditional concept from a particular faith tradition that worked well for them. Others had started the process with a traditional concept that didn’t work well for them, so they used this as an opportunity to continue seeking. Some talked about looking to nature as evidence that there was something bigger moving things along (without their help!). One person had been told when she asked a similar question that all she needed to know about God was that she wasn’t God, so she might want to give up that role (this is still helpful to me when I am in a place where I feel I know what’s best for everyone around me…)! Many spoke of using their recovery group as a Power greater than themselves.

They also shared a variety of ways that they learned to “turn it over”. Some would pray and meditate. Others would try to not force their own will (this was helpful to me. After paying attention I realized that MY will most often had a deadline and anxiety connected to it. If I was guided by something other than my will, there was a certainty to it – even when it was something I didn’t want to do. This also helped me to know that this Step wasn’t about sitting idly…). Some would use a “God Box”, putting whatever they were worried about on a piece of paper, and placing it in a special box as a physical act of letting go. Others, still, would invoke the “24 Hour Rule”, creating space to pause and see how they felt lead in a particular situation so that they could find a way to respond, rather than letting their initial reaction take hold. There was so much wisdom shared with me!

As I processed my thoughts around this, I realized that part of my struggle was that I was afraid to lose control – or readily turn it over to something that was “intangible”. But, the truth of the matter is that I had readily turned my life over to intangible things in the past. I had turned my will and my life over to the disease of alcoholism and addiction, and it definitely became a higher power of sorts. All decisions were made because of this disease. It dictated everything that was happening in my life. But, this wasn’t the only intangible thing that I had turned myself over to. I had turned myself over in relationships. I had turned myself over to other people’s reactions – either trying to get a particular reaction or avoid one. I had tried to control outcomes over and over again, but the truth became clear: if I had truly had control over any of this, things would have changed years ago! And, apparently I was more than happy to turn my life over to intangible things, but just not something that would work toward my benefit? What was that about? I was scared. And, I felt stuck. I felt afraid to stay where I was, and, yet, afraid to do something differently. What if I changed how I was doing things, and everything got worse? What if I turned things over, and my life imploded? Fear was once again showing up as a higher power in my world.

From my time in family recovery, I had learned what to do when I was scared: talk to someone. There was comfort in talking to someone who knew how I felt. There was comfort in talking to someone who was a few steps ahead of me. Fear diminished when I once again realized that I didn’t have to be alone in this. And, talking through the fear with another person just proved the adage that “two heads are better than one”. Sometimes it’s just in the talking about whatever was scaring me that diminished its power. Sometimes when talking with someone in a similar process a new idea, a new way of being, to emerge. In talking I can sometimes find a solution that I would never find trying to sift through all of the thoughts in my over-thinking head.

Over time, my concept of a Higher Power has changed. Still, when I’m in a difficult situation, I go back to what I discovered in the beginning. If I need to hear something loud and clear, I talk to someone else who has been there and listen to their wisdom and experience. Sometimes what I really need to help me turn things over is what I consider God with skin on. I am grateful that I have found those people, readily available and willing to share, in the family recovery community.