We Don’t Get To Pick The Next Consequence. 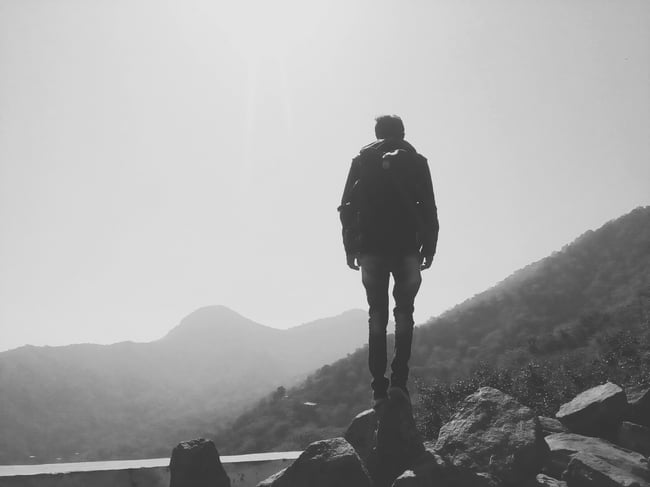 At age 19, I had all the evidence I needed that I was an alcoholic. On one terribly cold, windy, January day, I was kicked out of college. That event made me homeless. I was standing in front of the dormitory that used to be my home, almost broke. I had sixty-nine cents in total assets, all in coins in my pocket. I had nowhere to go. I was drunk, even though it was still morning. I was so drunk that I couldn’t stop peeing my pants, and the frozen pee was sticking to my legs.

I didn’t even know the word “alcoholic”. I just thought I drank too much. If the problem was that I drank too much, then the solution must be to drink less, and then the consequences would be less. I found my way to Walt’s tavern. Walt was a really nice guy, and he loaned me two hundred dollars, enough for a new start. I drank less, and the consequences became less bad. I thought I had solved my problem.

The very fact that our usage didn’t kill us appears to prove that our usage will never kill us, until it does, because we don’t get to pick the next consequence.

What do we need to do? We need to remember that we are alcoholics or addicts or both. A.A. calls this “keeping the memory green.” We need to remember the consequences we have already had, and remember them in all five senses. What did I see on that bitterly cold day when I was homeless? What did I hear? What did my cold, wet legs feel like to the touch? What did the passing traffic on the street sound like? What does hunger and no food taste like? Keeping our own memory of our consequences green can help us stay safe.

You are the world’s leading authority on your own experience. One choice is to write yourself a letter….in my case a “Dear John” letter. Tell yourself exactly how you know you are an alcoholic or an addict and exactly why you need to stay clean and sober. Then, someday when your consequences are far behind you and your memory of the pain is fading, and you feel like taking a drink or a drug, you can read your own letter. The memory of those consequences and your own pain will be your friend, and you can keep yourself safe. You will be able to stick with your Twelve Step program, because if we use again, we won’t get to pick the next consequence.