We Don’t Need A “White Light” To Get Sober 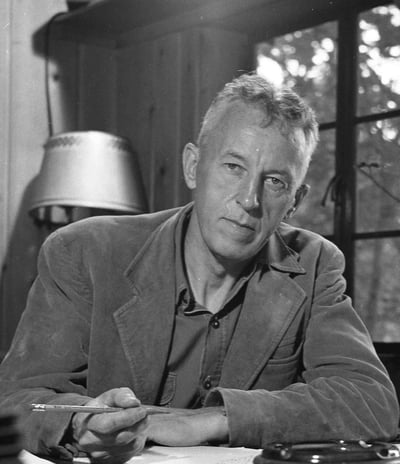 I have had a misunderstanding about Bill Wilson’s “White Light” experience in Towns Hospital in 1934. I got my impression of that evening from watching a movie with an actor portraying Bill W’s experience. In the movie there is a supernatural experience, complete with a blinding white light and a rushing wind, a combination of a science fiction movie and a horror movie in its special effects.

Then, recently, I re-read Bill’s account in the “Big Book” of Alcoholics Anonymous, in the chapter “Bill’s Story”. This is the original account, by Bill, of his experience. In this account, there is no white light, no rushing wind, no voice of God, nothing supernatural at all. God did not come to Bill in a white light. Bill’s spiritual awakening came to him as the result of a decision he made, and a commitment he made.

On pages 12-14, we read about how Bill’s friend came to him with a story about finding God and getting sober by turning his will and his life over to God’s care. There, in Towns Hospital, separated from alcohol for the last time and in danger of delirium tremens, Bill wrote:

“There I humbly offered myself to God, as I then understood Him, to do with me as He would. I placed myself unreservedly under his care and direction. I admitted for the first time that of myself I was nothing; that without Him I was lost. I ruthlessly faced my sins and became willing to have my new-found Friend take them away, root and branch. I have not had a drink since.”

“My schoolmate visited me, and I fully acquainted him with my problems and deficiencies. We made a list of people I had hurt or toward whom I felt resentment. I expressed my entire willingness to approach these individuals, admitting my wrong. Never was I to be critical of them. I was to right all such matters to the utmost of my ability.”

“These were revolutionary and drastic proposals, but the moment I fully accepted them, the effect was electric. There was a sense of victory, followed by such a peace and serenity as I had never known. There was utter confidence. I felt lifted up, as though the great clean wind of a mountain top blew through and through. God comes to most men gradually, but His impact on me was sudden and profound. “

Bill felt lifted up, as though the great clean wind of a mountain top blew through and through, but that was a feeling, not an actual wind. He is describing how he felt inside. Even so, his transformation was sudden and profound. It came as the result of his acceptance of these revolutionary and drastic proposals.

Doctor Silkworth didn’t know what had happened to Bill, but he told Bill to hold on to it, because he was so much better off than before. What happened to Bill can happen to anyone and everyone who accepts the “revolutionary and drastic proposals” of A.A. Bill goes on in his story to say:

“The good doctor now sees many men who have such experiences. He knows they are real.”