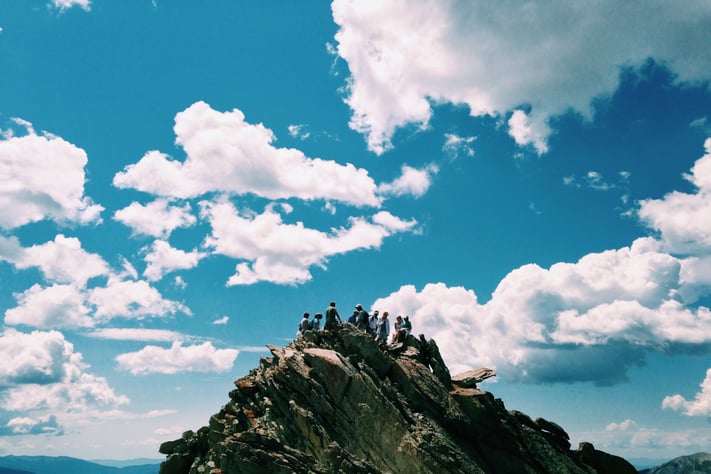 The Presidential campaign this year may appear to be uniquely trashy. It isn’t that unusual, set against the full sweep of American history. The 1884 campaign of  the Democratic President Grover Cleveland against the Republican James G. Blaine was trashier. Blaine was accused of profiting from sales of railroad bonds and Cleveland was accused of fathering a child out of wedlock. Crowds at campaign rallies shouted down each candidate: “Blaine, Blaine, James G. Blaine, the continental liar from the State of Maine” and “Ma, Ma, where’s my Pa? Gone to the White House, ha! Ha! Ha!” Ugly politics is nothing new.

How has Alcoholics Anonymous avoided all of this? A.A. has not only Twelve Steps and Twelve Traditions, but also Twelve Concepts of Service.

“The Conference shall observe the spirit of A.A. tradition, taking care that it never becomes the seat of perilous wealth or power; that sufficient operating funds and reserve be its prudent financial principle; that it place none of its members in a position of unqualified authority over others; that it reach all important decisions by discussion, vote, and, whenever possible, by substantial unanimity; that its actions never be personally punitive nor an incitement to public controversy; that it never perform acts of government, and that, like the Society it serves, it will always remain democratic in thought and action.”

A.A. does not decide things by majority vote, because that would create winners and losers. Our group conscience process has us discerning not what I want, or what you want, but what God wants for our group. We keep talking until it is clear, by substantial unanimity, what the right course of action is for our A.A. group.  Bill W. wrote in our service manual that the immense benefit of doing things this way is that, if the decision turns out to be wrong, there is no one left to blame, because we all made the decision together. We just shrug and say “Better luck next time.” We then do the process over again.

No A.A. member ever gets to be anyone else’s boss.  There is a constant human temptation to set up rules that other people have to follow. Our concept of service says of A.A. that “it place(s) none of its members in a position of unqualified authority over others”.

A.A. publishes a checklist for local groups, to help them implement the concepts.  It asks questions like “How do we guard against becoming a seat of perilous wealth or power?”  and “Do we insure the spiritual liberties of all A.A. members by not placing any A.A. member in the position of absolute authority over others?” Often local groups answer these questions by having firm policies for the rotation of all offices, and maintaining only a prudent reserve of money.

A year ago I was elected the chair of the business meeting of my home group. That group has an average attendance of about 150 people, so finding substantial unanimity when the whole meeting discusses something can be a challenge. I decided, when I took the office, that for my entire two-year term, I would not express an opinion on anything that came before the group. My position is a service position, not a leadership position. I am not there to tell anyone what to do. I am there to help the group discern what God wants us all to do. I am happy to be a part of a fellowship that believes in the spiritual liberty of all its members.

Learn More about Programs at The Retreat!